Like any revolution, what is envisioned as the future of the internet, the metaverse already carries within it the human duality of good and evil.
Such as the Internet that has given mankind the best access to information, knowledge, scientific progress (…) and the worst with the hatred of social networks, the Darknet, pornography without any regulation for children, the cult of violence with videos that the unhealthy propaganda and so on.
The legislator is not a train but light years behind, leaving the population and especially the most vulnerable in the hands of what are known as gangsters in organized gangs.

Where is the spirit of the light?

In just 20 years, the universalism of the web has dethroned that of the Enlightenment, including our Republican motto “Liberty, Equality, Fraternity” by striving in particular to sublimate equality rather than equality; the fact that everyone can express themselves freely is an excellent thing, if respect for others was the starting point of the digital relationship.
The stranglehold of US multinationals is exporting a cultural model that is a real poison to the republican vision of certain democracies, starting with ours; as proof of the explosion of all forms of communitarianism which above all perpetuate mutuality and hatred of difference.
Not to mention the ecological impact of the internet, which today is one of the most damaging resources in the fight against global warming.
According to an article published in Le Figaro on August 22, all digital technology is responsible for 10% of global electricity and 4% of global warming, not to mention mining to extract materials for component manufacturing. Specialists predict that by 2025, in three short years, we will have to go to 20% of global electricity consumption and 7 to 8% of greenhouse gas emissions.

The balance of the impact on societies and the good life is relatively mixed: it results in a “double weight, double measure” with the incense of new idols borne by their loyalty to sex, violence, hatred of a share and slavery to a consumer world, immediately and as cheaply as possible with unprecedented ease of purchase and comparison.

From Google and Facebook, the pioneers who dreamed of themselves as a “new conscience of humanity” and a “new church”, we have today become a sanitized real-time civilization, subject to the permanent judgment of political correctness; the new wave of wokism accelerating the process of submission, one must be wary of everything one says or writes; Desproges and Coluche must turn in their graves.

Political correctness in good conscience of the excesses of the web has become the absolute weapon to lock up the “freethinkers”.
For example, that of the companies that aligns them with pathetic wooden language and nurtures most of the reasons for existence that have emerged in the wake of the Pacte Act and the famous Senard/Notat report. They all advocate for a better world within everyone’s reach.

One of the consequences of this context, exacerbated by the Covid crisis, is what has been called “The Great Layoff”, which, starting in the United States, is now affecting all of Europe, especially France, whose layoffs have risen. first quarter of 2022 versus the same period of 2021, i.e. 470,000 French people who left their employers (in the US, nearly 48 million Americans left their jobs).

The Metaverse, future of humanity through avatars?

This world which today sublimates the “I” into the “we”, which stirs up the ego and individualism, is today the breeding ground of the metaverse, a new fashionable word to indicate what some do not hesitate to qualify as the future of humanity.
Mark Zuckerberg, by naming his Facebook group Meta, is convinced that a better world is possible… in virtual mode.
No more worries, no more existential questions that have plagued humanity since its inception: “Who am I, where am I going, why? and have fueled millennia of questions.
The famous “know thyself and thou shalt know the universe and the gods” of the temple of Delphi is finally a reality, I will know myself in one click, I will live the dream life of the angels through an intermediate avatar.

Who can believe that this virtual reality, which at the moment resembles a barely improved version of Second Live, is without danger to human feeling.
“I have a crap life in real life and a dream life in the metaverse.”
When we see the impact of video games on the explosion of youth violence or even porn (read the reports on sexual assault in kindergartens), we can easily imagine the virtual urges that are sure to emerge in the real world.
The first cases of virtual rape have already made headlines.
In a world where everything would be allowed, we can imagine that it is the best that emerges as the winner if it is not thought, organized upstream, exactly for the best of humanity.

Unfortunately, as with the Internet, the metaverse launches itself into an incredible legal and ethical vacuum, following the “we will learn as we go” formula.
In 2022, every child will see and consume the worst that humanity has on their smartphone, imagine living in the metaverse!

As always, the money world smells of business opportunity; the sponsors scramble to dominate their universe; some even manage to sell more expensive products in the virtual world than in the real world. Art is turned into NFTs…
The world of vanities is now boundless; everything has already been sold, nothing exists, everything has been sold. The dream world of traders and developers is launched and, swore, no luck without it. To be in the game you have to be there, otherwise the sanction falls, we are old fashioned.

But what about this big boss, who is happy to show off after holding his first management committee in the metaverse, or this company that launches recruitment sessions in the metaverse under the guise of innovation?
What if we opened our eyes to the denial of man at stake?
Recruiting without the presence of people, leading without being at the center of the battle, is that really reasonable? Finally, old-fashionedness isn’t necessarily where we think it is…
For 25 years, the company and its organization have suffered an incredibly violent dehumanization with a share of burnout, disengagement and so on, the literature on the subject is not lacking.
Disembodied management under short-term pressure and hyper-profitability has dried up the meaning of deep and sincere human relationships.

How can anyone honestly imagine regaining their lost (or forgotten) humanity with a large number of avatars?
Because young people like to play, do you have to get started?
It’s fair to take them for gogos!
And yet, as with the “old generation” internet, the metaverse is already full of great prospects in the various fields of education, health, industry …
Technological advances in the sensory will make it possible to practice in the virtual and perfect the perfect gesture; the future of training is undoubtedly set in the metaverse as well.
What about teaching?
The world of Grandes Ecoles has become a market like any other with its stake in pension funds and other shareholders that have seen incredible concentration moves in recent years to the point where the global mapping of establishments has changed significantly.
There too, the logic of profit often took precedence over the quality of the courses.
Tomorrow it’s a safe bet that courses will be 100% on the metaverse, including diploma.
The new humans born with the Z and Alpha generations are driving this fundamental movement and making it essential; all the more reason not to confuse speed with precipitation when deploying under pressure from different and diverse companies.
If we really want to create value, at some point we don’t have to think about the concepts of transmission, sustainability and protection of life, here called data.
With the example of the Internet, we know that humanity has produced the worst and the best without having learned any real lessons; with the metaverse everything will go much faster because an entire generation is ready to live virtually.

Companies can protect the real person

Businesses will have the ability to “sanctify” trustworthy human relationships; if they are not helped by politics (as is all too often the case), they will have to rethink all ways of living and their own usefulness; they will need to quickly open up to the challenges of neuroscience on its way to becoming a full-fledged management pillar. In the name of common sense, they form a bulwark against wokism and other cultural interferences also carried by these virtual universes.
With optimism it is possible to think that the metaverse will soon become an opportunity to prune all the superfluous that poisons the lives of the teams, to rethink the cultural rites without forgetting tomorrow, in 5/10 years the management of 100 % virtual teams and what this all means legally.
Internet has transformed the world, the metaverse will revolutionize in hopes that the best will triumph over the worst.
Everyone will have their share of responsibility. 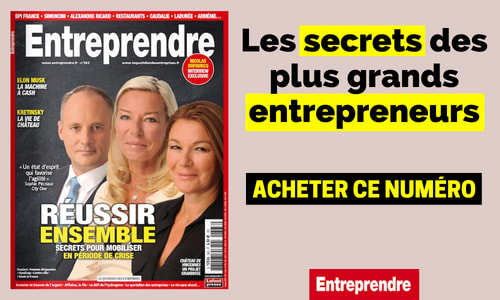