The government’s use of Article 49(3) of the Constitution can be central to the legislative game. And sometimes not… Among the 100 pledges of government responsibility made by 16 prime ministers during the Fifth Republic, 5 stories deserve to be told.

premium The 49.3 Weapon, Strength or Weakness?

The rise of the left to power in 1981 was a source of promise. Among them, François Mitterrand had proposed the creation of a “great united and secular public service of National Education”. He therefore entrusted this arduous task to his then Minister of National Education, Alain Savary, in 1982. This project revived historical tensions around private Catholic education versus secular public education.

In the spring of 1984, PS deputy André Laignel proposed adding two amendments to Savary’s law. The first prohibited the establishment of a private kindergarten unless there is already a public school in the municipality. The second requires the enforcement of contracts between the state and any private institution that half of the teachers become employed by the government within seven to nine years.

Pierre Mauroy, Prime Minister at the time and friend of Commissioner Laignel, had personally spoken to him about these proposals and, on 23 May 1984, assumed the responsibility of the government to adopt the text containing these amendments at the last minute.

Repeal of the law live on television

The response from supporters of the “free school” is immediate: a call to demonstrate is launched before June 24. That day, 850,000 people took to the streets to protest the Savary Act. After Senate maneuvers to try to call a referendum, Mitterrand eventually withdrew the bill on live television on July 14, 1984. Alain Savary and Pierre Mauroy, hearing about it live, resigned three days later. 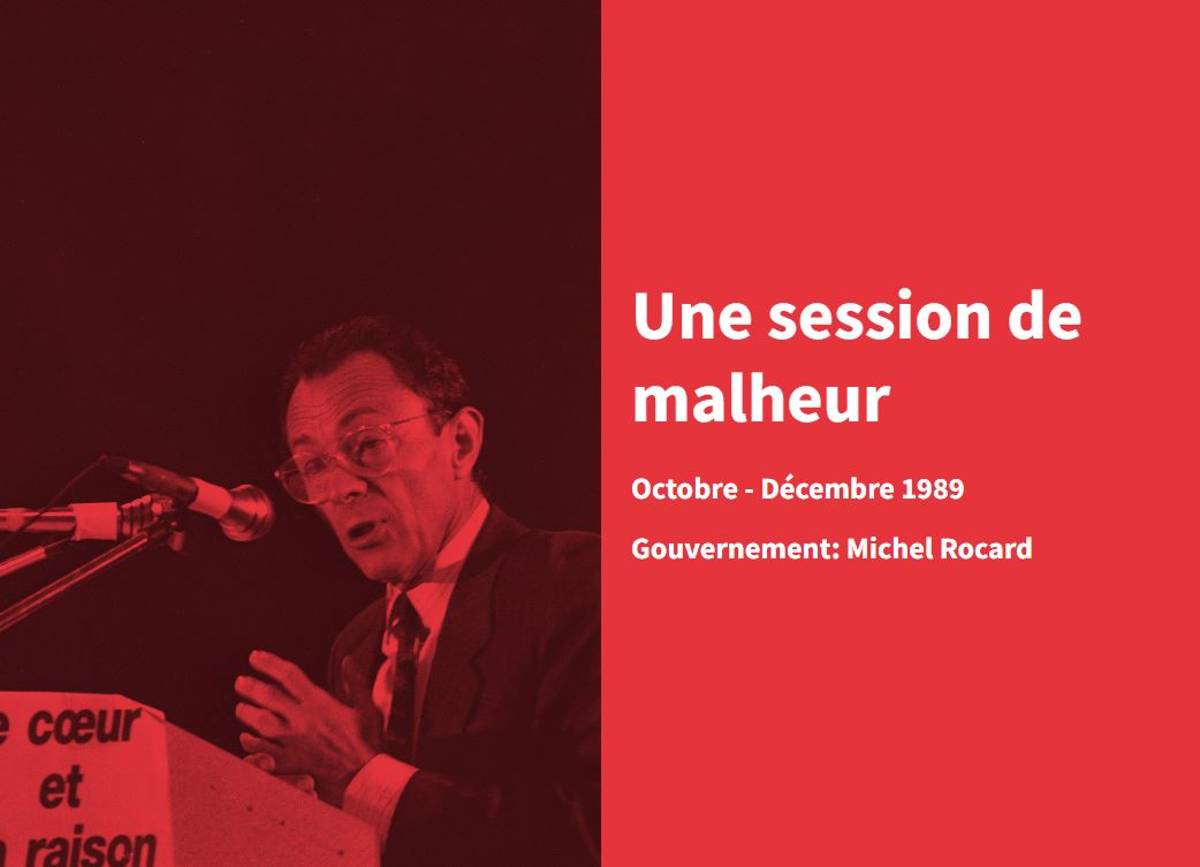 If Michel Rocard is the 49-3 champion, he also holds the record for the number of government pledges in a single regular session of the National Assembly (which then lasted three months). From October 4 to December 21, 1989, François Mitterrand’s fourth prime minister set the 49-3 in motion 13 times. Still without an absolute majority, the chief executive had to activate it with every reading of his 1990 financial law, that of military programming and various health and social services (mainly around Social Security).

“For the 13th time in this session, barring any error on my part – an error which would be most excusable at this level, moreover – I am led to come before you to draw the consequences of the lack of an absolute majority. in this meeting,” the prime minister launched on December 21, 1989, as the opposition shouted without filing a motion of censure (one had already been put to the vote two days earlier). 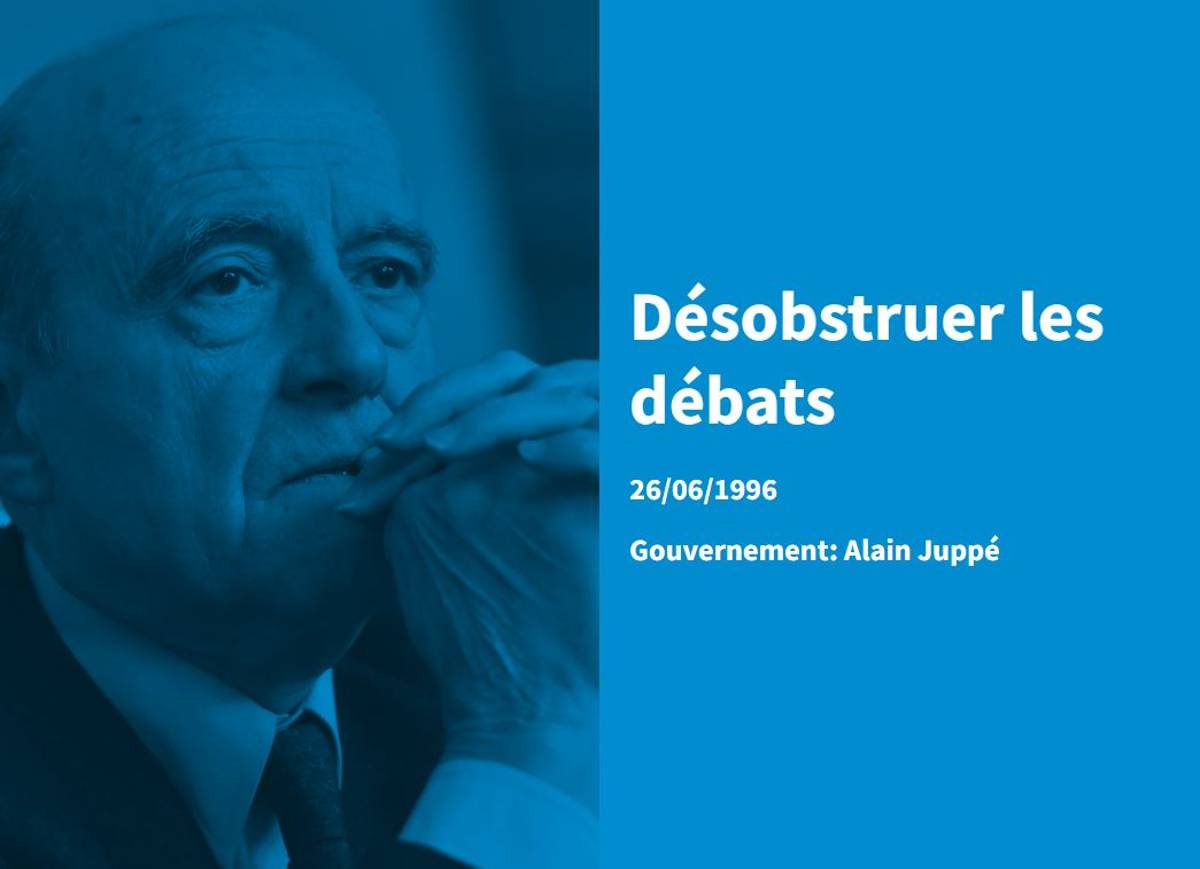 In 1996 the status of France Telecom (now Orange) was discussed. The operator provides an aging national public service that is confronted with the advent of the internet and mobile telephony. The then government, led by Alain Juppé, led by Jacques Chirac, therefore wanted to transform France Télécom into a public limited company in order to “give it all the necessary weapons to face the competition. »

But the second reading of the text drags on. The opposition denounces privatization and a “logic of destruction against a sector that is working well” (words of Ségolène Royal, then deputy of Deux-Sèvres). 568 amendments have been tabled for this second reading. “Despite 17 hours of debate, the Assembly could only discuss 53 amendments,” Alain Juppé said at the time. “Clearly we are facing a process of obstruction and blocking of the opposition,” he added. When the parliamentary session ended a few days later, the prime minister played the 49-3 card to speed up the process and launch the reform in the summer of 1986. 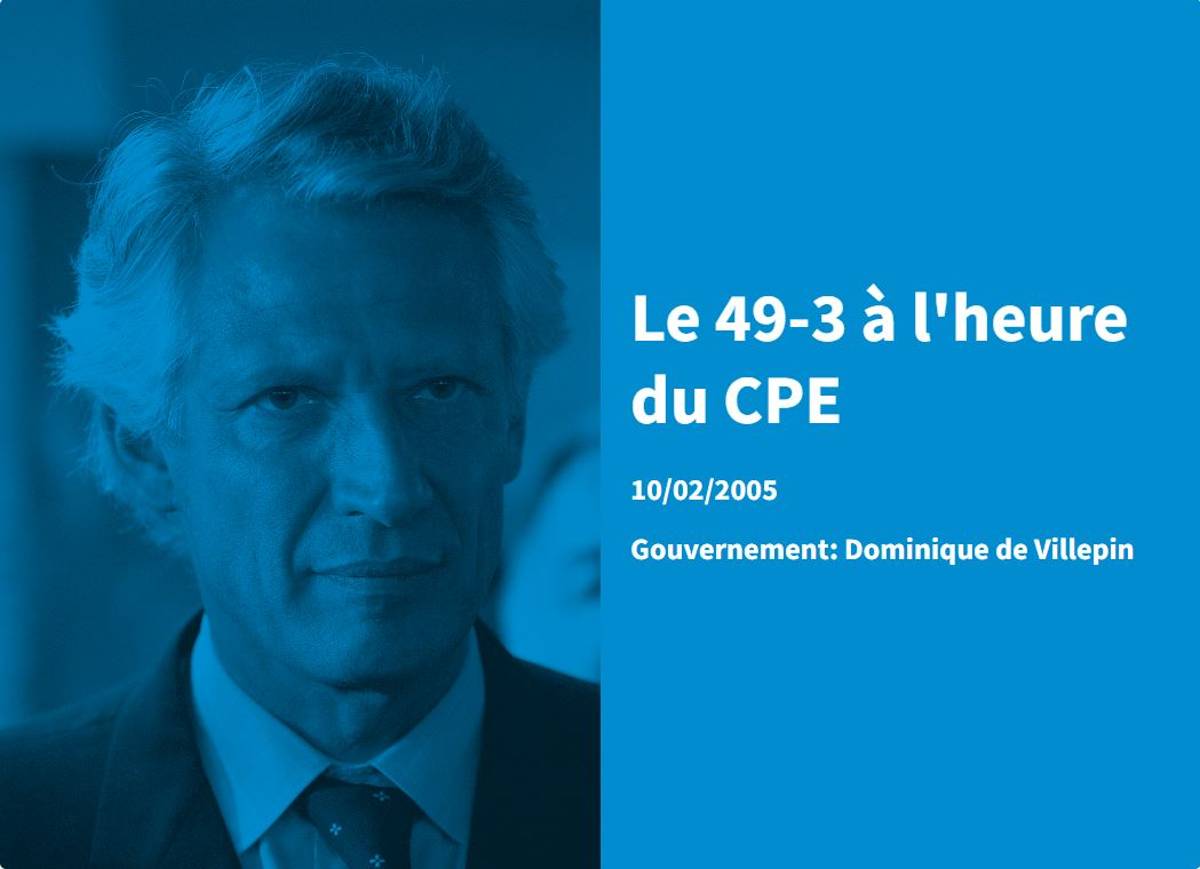 The First Job Contract (CPE) is a culmination of Jacques Chirac’s second term as President of the Republic. This text was put forward by Prime Minister Dominique de Villepin in 2005 and included in Article 8 of the Equal Opportunities Act. This permanent contract was reserved for persons under 26 years of age in private companies with fewer than 20 employees. For the first two years, signatories can be fired without justification from the company. This Article 8 caused a conflict of several months, during which unions and student movements came together.

“We are not in a stadium”

In the large conference room, the debates are tense. Release returned in detail to the maneuvers on the left to drag out the exchanges, the “necessity” of Dominique de Villepin “to assert his authority” and his arrival on foot at the Palais Bourbon to an authoritarian 49-3 to submit. Greeted by the left-wing deputies waving their red voting card, Villepin did not understand the symbol and upon seeing these red cards launched the opposition: “We are not in a stadium, we are in the amphitheater of democracy. »

On March 31, 2005, Jacques Chirac announced that he would introduce the Equal Opportunities Act. However, he asks his government to shorten the consolidation period of the CPE to one year, that the fired person can know the reason and that “in practice no [CPE] cannot be signed without fully integrating all these amendments”. Finally, Article 8 of the Equal Opportunities Act is repealed by the Act of 21 April 2006 on young people’s access to professional life in a company. 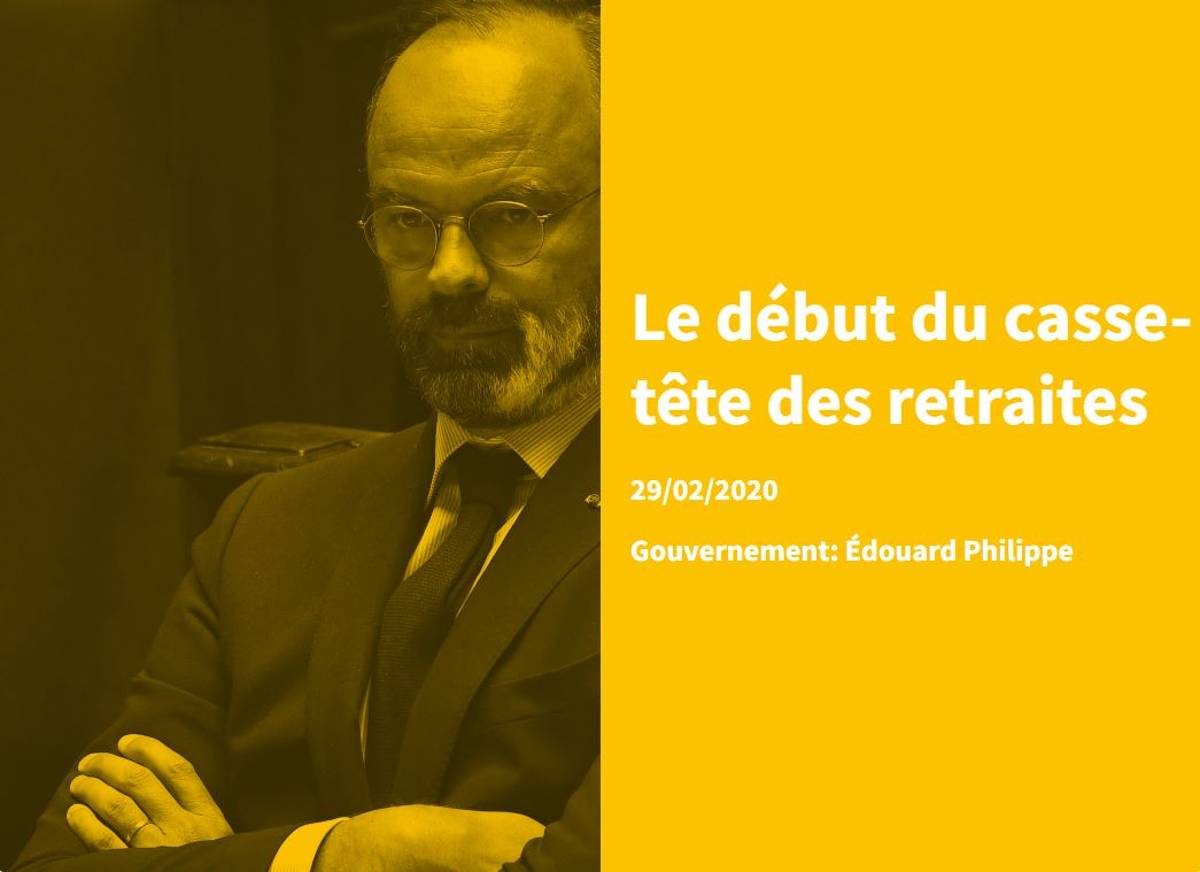 The issue of the universal pension system will have been Emmanuel Macron’s cross during these two five-year terms. Started in early 2020, with Édouard Philippe at the head of the government, the debates are not moving fast enough for the Elysée, which asks the prime minister to speed up the movement. In March, the time of the municipal elections, the work of the people’s representatives is also suspended. On February 29, Édouard Philippe therefore joined the National Assembly after an exceptional Council of Ministers was convened on the growing epidemic of Covid-19, and decided to take responsibility for this text.

Pension reform: Emmanuel Macron does not rule out dissolution in case of censorship in the Assembly

The 49-3 has been well used in this first reading, however, it did not record the entire reform, since on the one hand the bill consisted of two parts (ordinary and organic), and on the other hand the whole text had to follow the parliamentary shuttle. Yes, but now the Covid-19 epidemic is gaining momentum and forcing the whole world to restrain itself. Thus, on March 16, 2020, Emmanuel Macron announced the suspension of this pension reform project and all other ongoing projects before going ahead with his now famous “We are at war”. The consultations resumed in October 2022, and it is possible that the government will call on them again.